Winter time seems to be the best time to plan projects for the farm. However, the desire to be out and doing can result in an overabundance of projects on the to do list. Having too many new ventures for one season may result in becoming overwhelmed with many unfinished projects. By prioritizing the list, you can focus on the most important endeavors first. They are often the most involved and costly. You can do research and super plan those projects, so you will know the true cost of materials and all the possible pitfalls before the actual work begins. Develop a three or five year plan for your farmstead, so you have a direction. Reassess the projects and goals at the end of each season and modify or eliminate them if necessary. There are many things I would like to do, but time, strength and finances will allow me to do only so much each season. Presently, we raise sheep, chickens and a garden. The farm is a work in progress as I search for ways to work smarter and eliminate some of the hard labor. 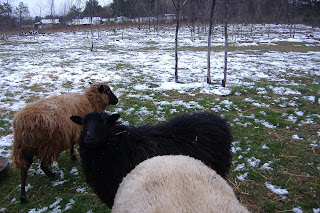 We used to have dairy goats. I was the only family member who liked the milk. The goats were very hard on the fencing, and the cost and labor couldn’t be justified for just one person. We also had sheep. They weren’t hard on the fencing and we all like lamb and knit outerwear. We got out of goats and concentrated our energies on the sheep.
Over the next three years we hope to transition from the large, commercial ewes to primitive Shetland Sheep. Shetlands are a small, primitive breed that are parasite resistant and have fleece that is superior to our commercial ewe’s fiber. One Shetland ewe eats about 1/2 of what a Suffolk ewe eats. They also do well on a grass diet without supplemental grain. The drawback is the small lamb size. The Bluefaced Leicester (BFL) is a breed that was developed for cross breeding on smaller ewes to produce a larger “mule” ewe. We added a BFL ram last year to cross on our commercial ewes and are pleased with his offspring. Two Shetland ewes were purchased in the fall. We are anxiously awaiting the arrival of our first Shetland/BFL lambs in April. This is an experiment that we won’t know the results of until next winter when we butcher lambs and make comparisons between the commercial and Shetland/BFL offspring.

Chickens
Instead of having laying hens and raising Cornish X chickens for meat (as we do each year), we wanted a standard, dual purpose bird. We like the flavor of the standard chickens better. We purchased 26 Buckeye chicks in September and will taste a few later this month. We will only be raising these birds for our own eggs and meat so six hens and a rooster will be all we keep for breeding stock. The rest will fill our freezer. If we like the flavor, we will move forward and raise Buckeyes for meat. Dealing with one sustainable breed eliminates ordering meat birds each year. If the hens will set and raise their own offspring, we won’t have to mess around with brooding a bunch of chicks. 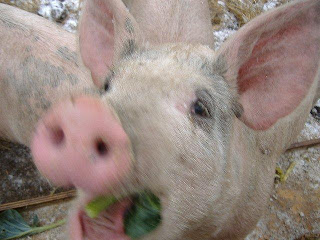 Pork
We raise a couple of feeder hogs each year but are fascinated by the American Guinea Hogs. They are a small, docile breed that is well suited for pasture raising. We decided last summer to give them a try. This spring we hope to raise a few of this breed to see how they taste and how easy they are to handle. If we like them, then we will add a breeding trio in 2012. 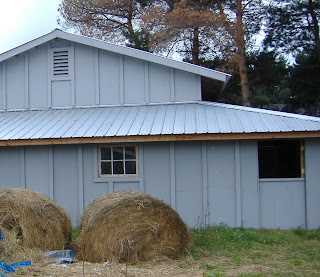 Garden
My arthritic bones protest mightily after tilling. Me operating a machine to work the ground ain’t happenin’ no more. I could hire it done each year. For about the same price, mulch hay can be purchased and delivered to be used in a deep mulch system. Ruth Stout made this method famous and I’ve been a fan for years. The deep mulch method will add nutrients and build structure, something our sandy soil is in desperate need of. It will also hold moisture in the ground.  My herb and flower garden flourishes with her method of laying down mulch thick enough to smother weeds. Until last fall, I just never laid out the cash to mulch the entire vegetable garden. The garden was thickly mulched this fall and there are spare bales on hand to continue to maintain that thick layer.